Do you know why we get angry?

Lets see if we can put some light on this emotion of why we get angry. When you were growing up, did you experience someone in your

life that was angry a lot or angry over certain things?

For example, you may of had a parent or close relative who expected you to follow certain rules and When you didn’t they became angry, rather than talking to you calmly about it.

It could be for any situation, so you learned that anger was the way to deal with certain situations. You may even know intellectually that it doesn’t solve anything, but subconsciously it is there.

When something makes you angry, stop and try to look at why you are angry. Sometimes it will be something else you are irritated about and so the negative feeling just gets deeper when any new thing  happens that bothers you.

When we get angry it is something inside of us that we are reliving. The situation doesn’t have to be the same, just the emotion that is attached to it. So this is why we get angry in certain situations.

This is the reason why things that anger one person, does not bother another.

So if you grew up with someone who was angry a lot then chances are great that you have situations that you relate to anger and they are buried in your subconscious mind.

You can however, release these emotions.

Try to remember times when you saw someone close to you angry. Now think about how that made you feel. Do you remember why that person was angry? If not it’s okay.

The next time you feel angry, stop and think about how you can make the situation nicer. Ask yourself how can I look at this in a different way so that it doesn’t anger me? This is a process, it will take time to become a habit. You will need to keep applying thinking to situations that anger you.

If you are unable to stop your anger in a situation, then try to analyze why you couldn’t.

If you keep at it, you will notice a change in yourself and others will notice too. Depending on what is in your subconscious, it may take a while.

The important thing is to recognize that no one is making you angry.

It is the situation that is triggering the anger that happened years ago. Just accept this. When we accept something we remove the resistance that was there and we can begin moving forward.

4 thoughts on “Why We Get Angry” 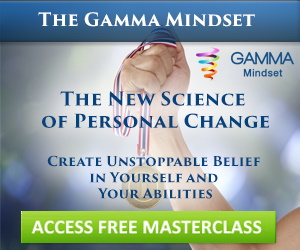